Bounce around the block

Your browser does not support the video tag.

A desktop recording from a multicamera walk around the block, displayed in several windows 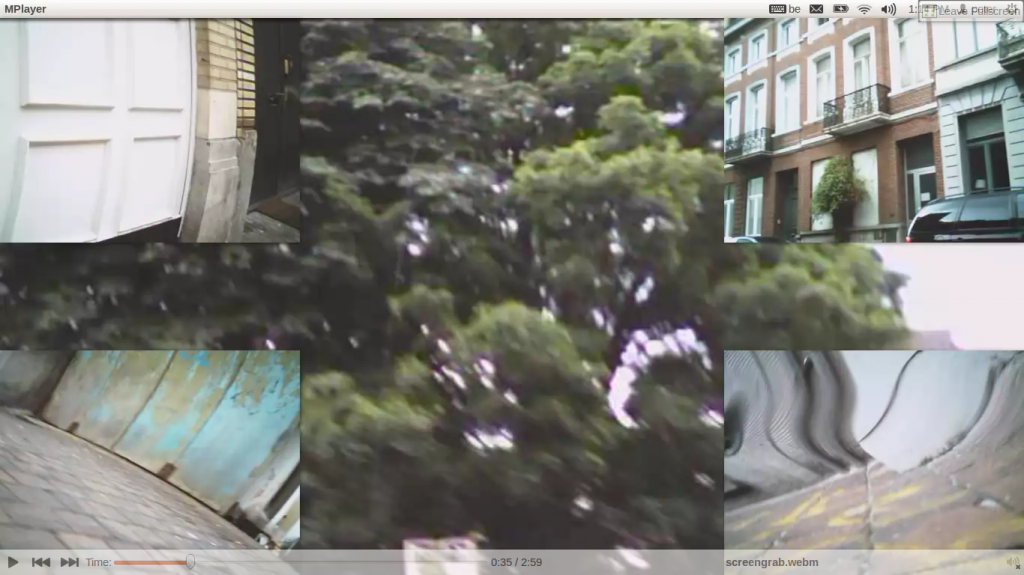 Aim of these tests is to think about including body motion in the captured image. In stead of a camera that mimicks the (position of the) eye, the idea is to incorporate rhytms and odd angles produced by alternative camera handling.

Also I am interested in how using attached camera’s changes the gestures that are necessary to produce a desired image: lifting your leftfoot to shoot from a low position instead of bending over to look through the viewfinder, stretching right arm in front of you to aim camera upwards, sticking arm up to film backwards and upside down.
Doing this in the street attracts attention, but nobody associates your crazy movements to taking pictures; which is great when you don’t want to explain all the time that you’re taking pictures for some art project.

The above video’s consist of still images that are glued together, they are shot with a webcam that is attached to a computer in a backpack.
The recorded images reflect the movement of the bodypart to which the camera is attached through the distortion of straight lines.

The (in this case 5) video files are then displayed in parallel windows, timed and positioned using a small bash script with Mplayer commands.
‘Sleep’ is your friend !