Two camera’s record in opposite directions: If one looks up, the other looks down. I am playing around with Motion, a software made for surveillance. It seems an easy way to connect multiple usb camera’s and control their behaviour through a simple interface. Motion works with config files. As is explained in this manual; motion needs one general configuration file (motion.conf) from which you point to one configuration file per camera. (through so called ‘threads’) Here are mine (camera left, camera right, general)

The two webcams that do the work here were simply connected with some scrap material that was lying around. A Logitech 310 and a Genius. Although the Genius (right image) is very well supported by Linux, it lacks a little quality (right image in the video). Will look for better camera’s for a next test. 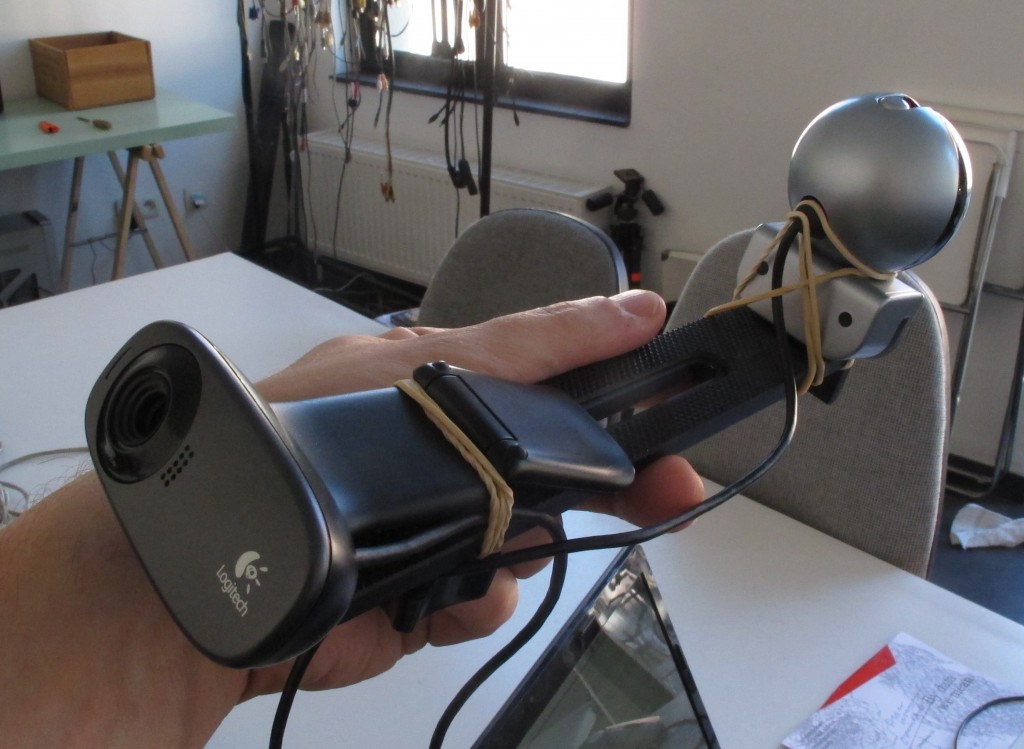 On my To do list:
* figure out how to keep the video’s sync while motion detection is active.
* Connect more usb camera’s (goal is 5, connected to bodyparts as is explained in this previous post)